This is the third part of the series for Docker meets NodeJS.

We got to add a mongo database as a service and maybe you added a couple of endpoints to test it out, but the whole app is in runs locally and you might want to let the whole world have the opportunity to test out your Node app well not to worry, Werick is here.

In this part, we are going to host our application on Heroku.

Note: Since we are introducing a new database service, by doing so this also makes our Node app also a service

Note: Ensure you go through the first part of this series and the second part too.

You might ask yourself why I chose Heroku instead of Digital Ocean, Linode, GCP or AWS...🤔the reason is that Heroku allows you to get up and running quickly and deploy your code without worrying about how your infrastructure runs underneath.

For the other platforms well you will be assigned a CPU(s) in which you will set up the whole thing including installing software, libraries, securing your server with SSH which will kinda consume most of your time and you just want to host your simple express server.

Well enough promoting let host something. First of all, you will have to create an account on Heroku 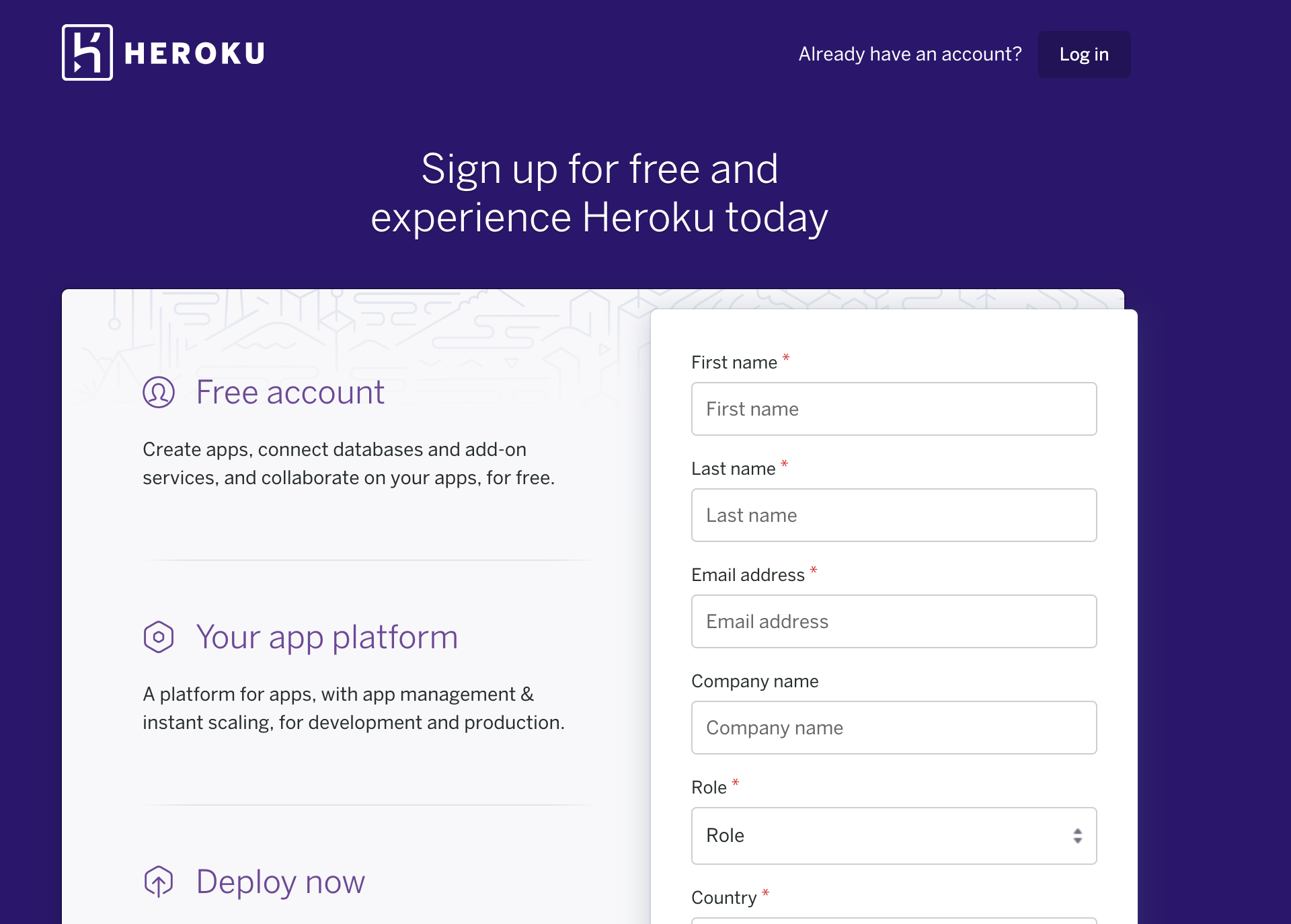 After creating your account on Heroku, you will have to install its CLI. The Heroku CLI makes it easy to create and manage your Heroku apps directly from the terminal. It’s an essential part of using Heroku.

To install the CLI on Mac you can do it in two ways:

To install it on Windows you just need to know which type works with your computer, is it a 32-bit or 64-bit

For Ubuntu, you will need to install it with snap:

Let's get into deploying

To check if you successfully installed it globally, type this in your terminal

In your terminal cd into the directory where our node app is housed. Next, we have log in to Heroku through the CLI.

Press any key to log in, this launches your default browser where you will log in successfully return to your terminal.

You will also need to log in to the container registry, basically, this is a service that Heroku offers to host our docker container.

We have to create our Heroku app where our code will be held and built.

You should see something similar on your terminal

Change the line you set your port default to this:

Next, we will build our image and push to Container Registry

You should see something similar on your terminal 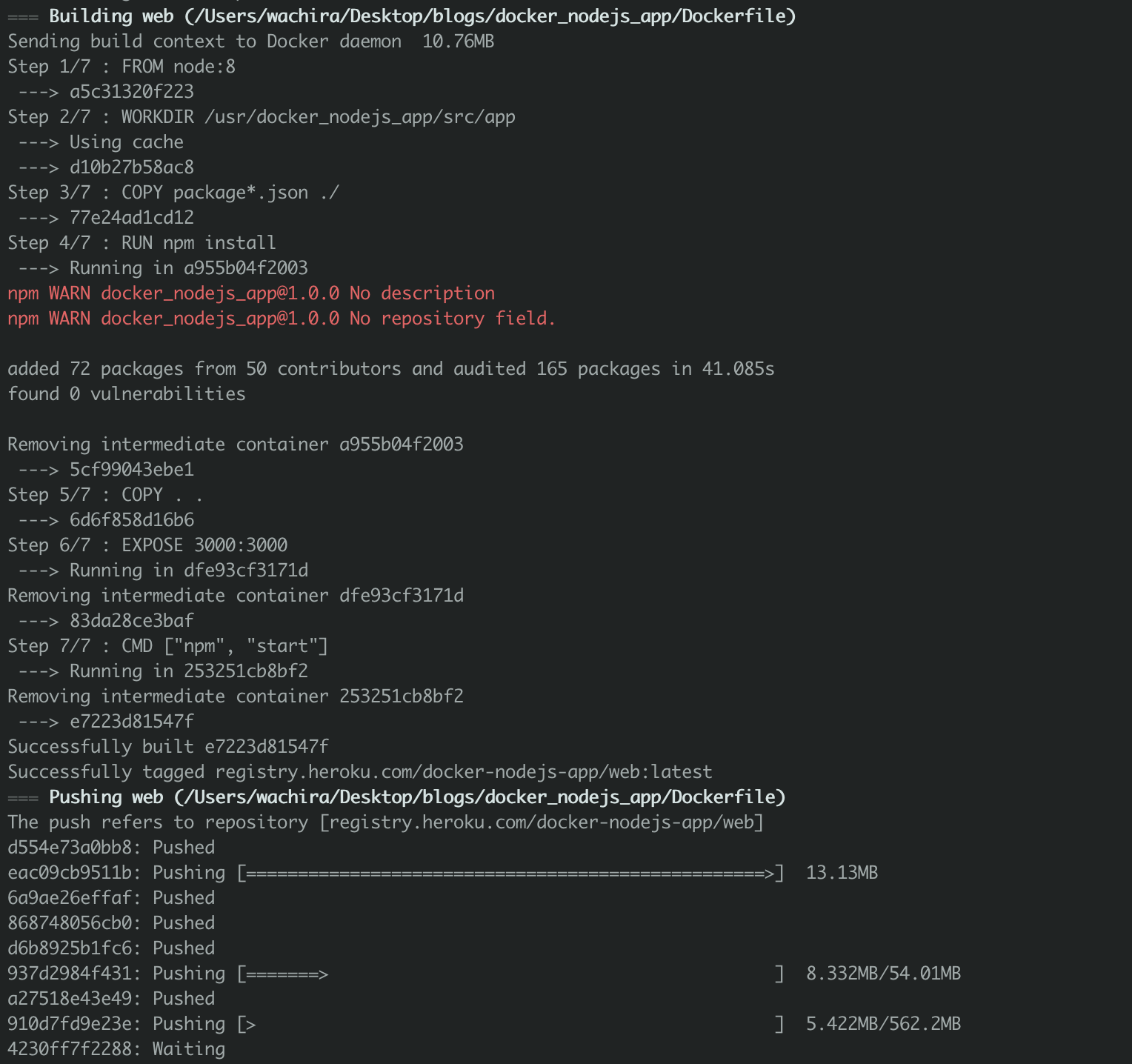 What happens in the background?

Next, we need to release our app so that it can be accessible to the whole world.

This should appear in your terminal

You have successfully deployed your app on Heroku🎉🍾🎊🙌

In the next part: